No Downtime on the Road to Success 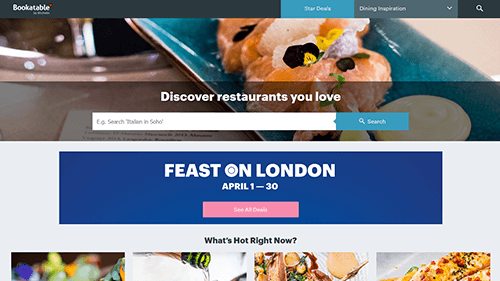 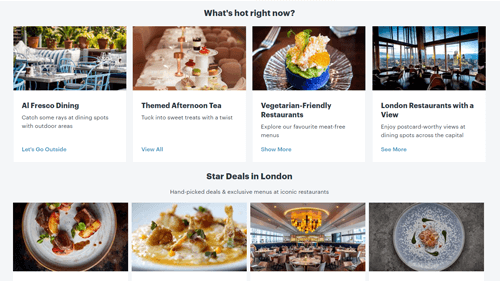 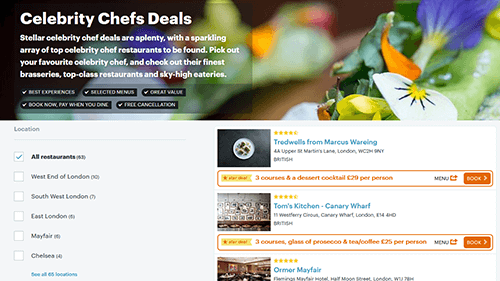 With its simple and easy to use interface, Bookatable allows diners to reserve a table in thousands of restaurants across Europe and get instantaneous confirmation. It is Europe’s largest online marketing and reservations service for the restaurant industry. Its growth has attracted venture investments from the likes of Balderton Capital and Wellington Partners.

In 2009, Bookatable engaged Melon to improve the Bookatable.com website. Later Melon was also recruited to develop a mobile app using the cross-platform PhoneGap framework; an app that would be published for iOS™ and Android™.

Our client's goals were to boost the performance of the Bookatable website and simultaneously to grow it, adding new features fast.

They had very high expectations for development time, responsiveness, team composition and keeping up with tight deadlines – a challenge Melon was more than willing to take on. Four months later Melon delivered the desired improvements along with an entirely new website.

To address the client’s need to both continue adding new features and overhaul the website, we split our team, so we could work simultaneously on both fronts. Bookatable exhibited healthy growth and by the end of 2009, the team had grown substantially. Adopting the agile development methodology, we released every two weeks to keep up with Bookatable’s challenging business rhythm without allowing any site downtime.

Our team reached an important landmark at the end of 2009, when they finished their work on the website’s performance. They had been preparing for this moment to face the challenge of porting all new features, initially published on the previous version of the website, to the new one. To make this process as efficient as possible, they had developed the new features maintaining compatibility with the new version and the porting was successful, again, without any downtime.

While the Scrum methodology helped us release every two weeks, it was not always efficient. To allow for maximum flexibility, our team adopted the kanban method, which enables the team to release features as soon as they are ready so that the delay of some feature does not prevent the release of all the others. This usually calls for more releases, sometimes happening within a couple of days. The ongoing quality assurance (QA) weaved into this approach serves to largely prevent any last-minute surprises.

In February 2012, Bookatable approached us with the task to develop a mobile application that would make all website features available in a consistent format across all mobile platforms. Built through the cross-platform technology PhoneGap, the first release targeted Android and iOS. It had to be designed with flexibility in mind, so it could easily be ported for Windows Phone™, BlackBerry™ and other mobile OS if required. A company with over a decade of experience in mobile development, Melon readily took up this project for our long-term partner.

Simultaneously, the biweekly release cycle for the bookatable.com site continued. In a month, our team presented fully-functional release candidates for the mobile applications. The instantaneous reaction time was largely due to the flexibility of our developers, who adopted a new technology on the go (PhoneGap). The fact that Melon also had extensive mobile development experience saved our client time and money related to working with multiple providers. At the same time, it helped us offer a native user experience for both Android and iOS while using a web technology.

"Bookatable have worked with Melon for a number of years now. Melon are totally responsible for everything on www.bookatable.com, including development, hosting and maintenance. I have always been very impressed with the product that gets released even though our deadlines are unflinching and standards exceptionally high. Great company."

In addition to .NET, we worked with memcached, an advanced system for information caching. The entire website (server management, hard-drive space) is hosted in the cloud, with Amazon Web Services™ and employs a load-balancing system. The team combined the skills of front- and backend developers and QA who collaborated with Bookatable’s own designers.