Fotoalbum.eu is an easy-to-use photo sharing site with a smart and straightforward design. Melon started developing it while it was still a small project, but soon helped to turn it into Europe’s biggest online photo album translated into more than 20 languages. 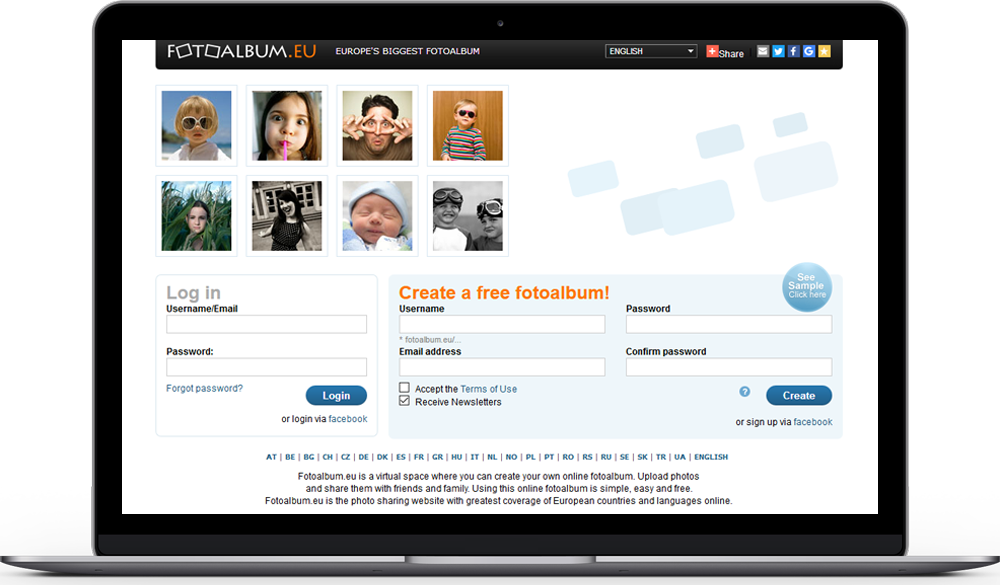 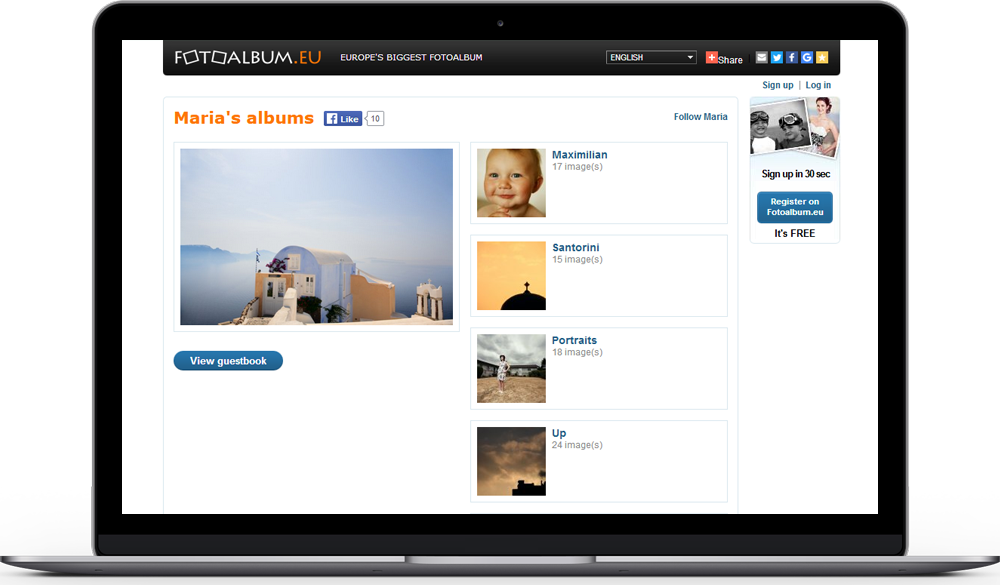 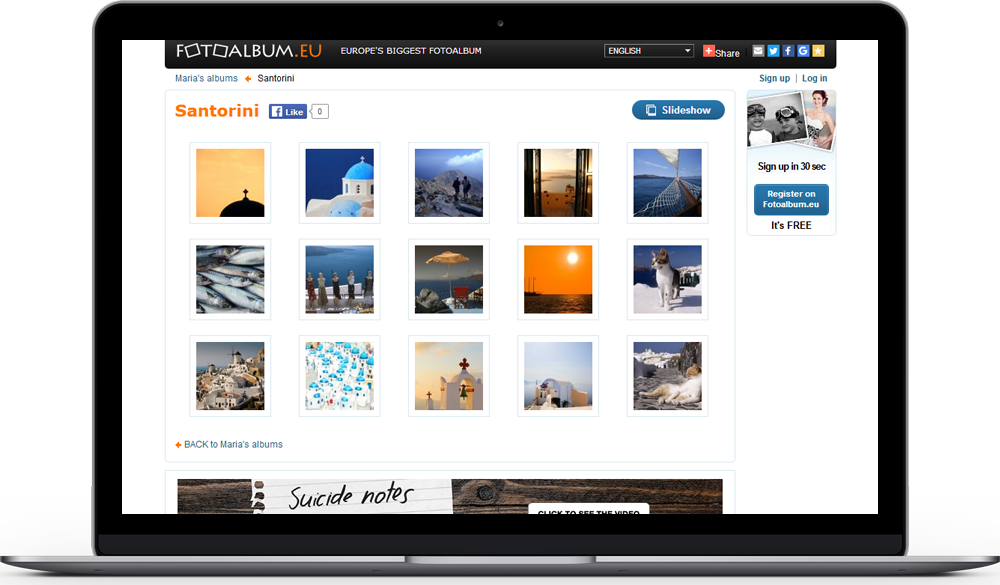 Fotoalbum.eu is a photo sharing site, whose main goal is to be as simple and easy to use as possible. When Melon took up Fotoalbum.eu, both our client and we considered that the website required just a few minor fixes and additions. We were all impressed at how quickly the project grew: eventually the hosting provider had troubles handling all the traffic and storage. Soon the small project owned by Weider Media ApS turned into the biggest European online photo album and got translated into more than 20 languages.

Weider Media is the kind of client who is tightly involved in the development process every step of the way. This helped us quickly level on the major requirements without the need for lengthy documentation and a heavy development cycle. At the start, no more than two developers were involved in the project at the same time. They adopted a very brisk work pace: it often happened that a couple of days after a new feature was implemented by our team, it would be live on the web. Short development cycles and close communication with the client ensured that the product was an exact fit for the client’s needs and there were no surprises such as: “This looks nice… but we wanted something completely different.”

On its first birthday, Fotoalbum.eu enjoyed a soaring growth rate and the budgeted one terabyte of storage was nearly exhausted. We needed to quickly find a new home for the website, big enough to store the more than 2.5 million uploaded images, and also capable of handling all the traffic - more than 10 million web requests a month and nearly 1Tb data transfer. It was the client’s brave suggestion to lift Fotoalbum “into the clouds.” This was in late 2008, when cloud computing was still just a toddler. Amazon Web Services was relatively new and not very popular but it turned out to be the perfect home for the fast-growing Fotoalbum.eu. With cloud computing, we no longer feared storage insufficiencies.

The next challenge that came out of the site’s huge popularity was optimizing server usage so that it adapts to the traffic and user needs. Peak hours dictated that 10 servers were needed to handle all of the traffic with no disruptions. To cut our client’s expenses, we used another advantage of the dynamic cloud computing setup and created a system that automatically monitors all servers and changes the amount of allocated server power to avoid system overload. When traffic declines, the excess servers are stopped. This cost reduction system offers perfect user experience at the highest efficiency.

A snapshot of Europe’s biggest photo album, as of November 2010:

"Working with Melon has been an extremely positive experience. Melon is a very professional and competent company with many great employees. We like to work with short deadlines, often from one day to the next, and Melon handles this pace very well. We rely very much on Melon's people and they are now in charge of development, spec writing, testing and hosting. We enjoy working with them and have recommended them to several other partners!"