Coca-Cola Hellenic approached us to build 20+ online courses. Melon suggested an alternative long-term solution our client accepted: an intuitive content-authoring Flash-based made to measure. This entirely transformed their SAP training effort and made our client an early eLearning adopter. 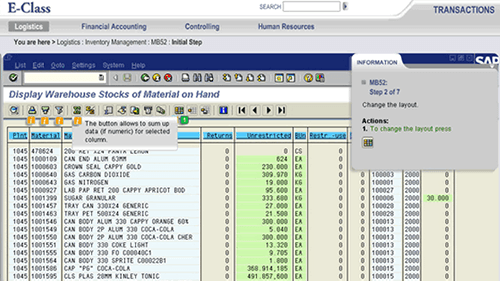 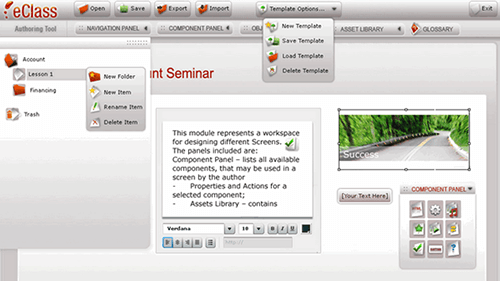 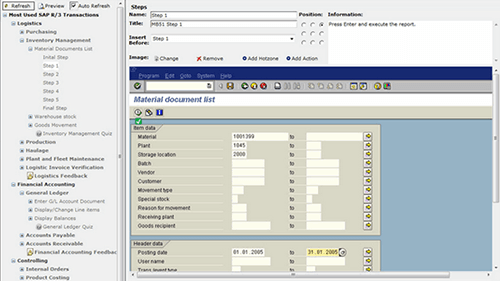 When Coca-Cola Hellenic (CCH) approached us in 2006 to build 20+ courses for SAP training we were thrilled. We were just getting into eLearning and glad to see that companies were starting to notice this emerging efficient approach to corporate training. Our task was straightforward – get some screenshots from the SAP system, make the UI of the course intuitive and arrange the required information in a logical manner. Then we gave it a second thought.

We calculated that it would be more cost-effective if we were to build a content-authoring tool. It would not only streamline the production of the 20+ courses, but also allow CCH to add new courses and update existing ones. We offered this alternative to CCH, who welcomed it because they viewed SAP training as a long-term commitment. We helped our client build a tutorial structure similar to the way transactions are organized in SAP. We abstracted each step so we could build a unified interface and learning workflow. This process was the foundation of eClass.

After extensive testing and modifications, we ended up with a stable, intuitive Flash-based training solution for SAP transactions. The key UI elements are clear-cut three-tier navigation, large screenshots, succinct information with highlighted key elements we call ‘hotspots.’ We also implemented support for a cross-referenced glossary, dynamic content map, quizzes, feedback forms and a detailed help menu. The content search is designed to be convenient to those accustomed to SAP specifics. Content is dynamic and managed by a back-end administrative module developed as a centralized, web-based solution using Microsoft .NET. Another back-end feature worth highlighting is a user tracking mechanism that makes the success of eClass measurable.

Eventually, the training staff at CCH started using the content editor Melon developed to create interactive presentations and surveys. They wanted to be able to include videos and sound, Flash animations and to have a flexible content structure. These requirements basically translated into the idea of a PowerPoint-like authoring tool that would be excellent for creating eLearning courses but also would answer a vast array of presentation needs. This evolution of needs and the advance in the Flash technology prompted us to propose to CCH the development of a more powerful solution: this was the specification of eClass2.

This time, the authoring tool was a desktop application allowing content authors to develop their courses locally. The authoring tool could export the course as a standalone desktop application, an online course or a SCORM-compatible package. The courses were also compatible with SAP’s built-in learning management system. Using Adobe’s then recently released Flex framework, we delivered a moderately sophisticated software solution. The solution was tailor-made for CCH and based on what would work best for their training staff.

Flex was released not long before we started the software development. It had its flaws, but our team built workarounds without hindering the solution’s performance. Code optimization was a major task, making sure no memory leaks or similar complications occurred. Migrating the massive content to the latest version was a breeze: eClass2 was built to be backward compatible and the 70+ existing courses were successfully imported.

"Melon's team have inspired us with enthusiasm about eLearning, great design, simple but flexible functionality, client-oriented approach and most of all - genuine knack for 'making things work' even if the project seems impossible at times. We have been partnering in the eLearning area for over 4 years now and together we have brought to our approximately 6,000 learners many online self-study courses in English & local languages (Russian, Polish, Bulgarian, Romanian, German). Together with Melon we achieved recognition from our Group Learning & Development management and the results of our common work are now being considered as content creation solutions for Business Systems Education in the CCH Group of 28 countries."