Making a Flash Game from Scratch 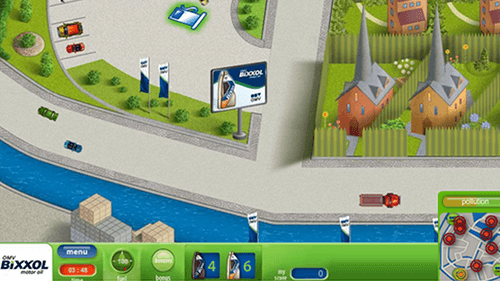 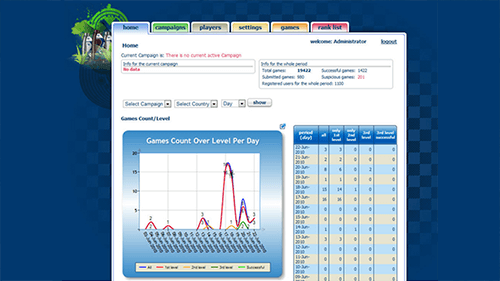 There was no catch. It was a Flash game developer’s dream come true. We were delighted and flattered that our client decided to entrust end-to-end game creation to us.

OMV BIXXOL came to us with the idea for an online game to improve their brand awareness and create an easy to track platform for their campaign across Europe. They wanted us to develop a standard 3D rally game, but after considering the idea, we discovered it could be improved. A simple rally would be cool looking, but on top of unoriginal gameplay, it would also generate high costs, questionable performance and uncertain brand-awareness impact.

With this in mind we came up with a proposal that addressed these issues and provided proper alternatives. Enter: OMV BIXXOL Super City Hero.

The goals we set were to increase the average time visitors spent on the OMV site, lower bounce rate and offer an intensive interactive experience without being intrusive. The game had to be relevant to the product. We stuck with cars, but introduced motorcycles and trucks – two types of vehicles which also fall into the motor oil target market. Reduced fuel consumption and the associated positive effect on the environment were another communication goal. Both positive and beneficial, this message became the backbone of our idea.

The only person who would be against reduced fuel consumption would be a true villain. This is how the Leakers were born, thriving on pollution and stealing motor oil from the BIXXOL City inhabitants. The hero’s job would then be to hinder the evil Leakers’ plans using OMV’s signature golden car. The hero’s quest was to refill the stalled vehicles with the efficient OMV BIXXOL motor oil and reduce pollution in three different game levels with increasing difficulty, each with a different design. The player could pick up bonuses, but had to avoid Leaker attacks as he slowly became their primary target.

Quality was crucial. This implied a balance between performance, visuals and playability. We optimized many algorithms for collision detection, AI and heavy graphics. The developers polished the code, while our designer created the vast level maps and the variety of characters.

The audio design was at the level of a desktop game and worked well to enhance the game experience. We took into account the fact that not all visitors would have fast Internet connection and created a tool to automatically change the overall quality offered based on bandwidth.

Other than the desire to reach the next level and excel at the game, the players were also motivated by a high score chart and prizes from OMV.

A balance between playability and difficulty had to be struck; otherwise the game would become a frustrating experience. We managed more than 20 difficulty factors to bring the game to equilibrium as our client’s instructions for game complexity were clear. The post-campaign survey showed that more than 92% of the players found the difficulty level appropriate and the distribution of the player success looked perfectly normal.

A big concern for OMV was the game’s security. Without getting into too much technical detail, what we did was implement several layers of protection. Besides the standard precautions (code obfuscation, encryption, etc.), we developed intricate checks on the server which made it easy for the game administrator to spot suspicious results and disqualify cheaters.

Some of the participants played the game as many as 600 times (around 20 games per day and 10 minutes per game on average). We had succeeded in making a game that made sense for people to play many times. What made us most proud was the feedback received from the end users. The post-game survey showed that more than 94% of the participants would recommend the game to friends and relatives and almost 90% received the correct messages about the product. The player who played 600 games put it this way:

“The game was very captivating and [every time I played] made me more ambitious to get the best score. Congratulations!“

Our good relations with OMV continued after the completion of the software development phase because:

"We are happy with the decision to entrust the creation of the Super City Hero game to Melon. The overall quality of the final product and the actual marketing results were beyond our expectations. This is why we had no second thoughts about using the game for the subsequent campaigns in other countries."