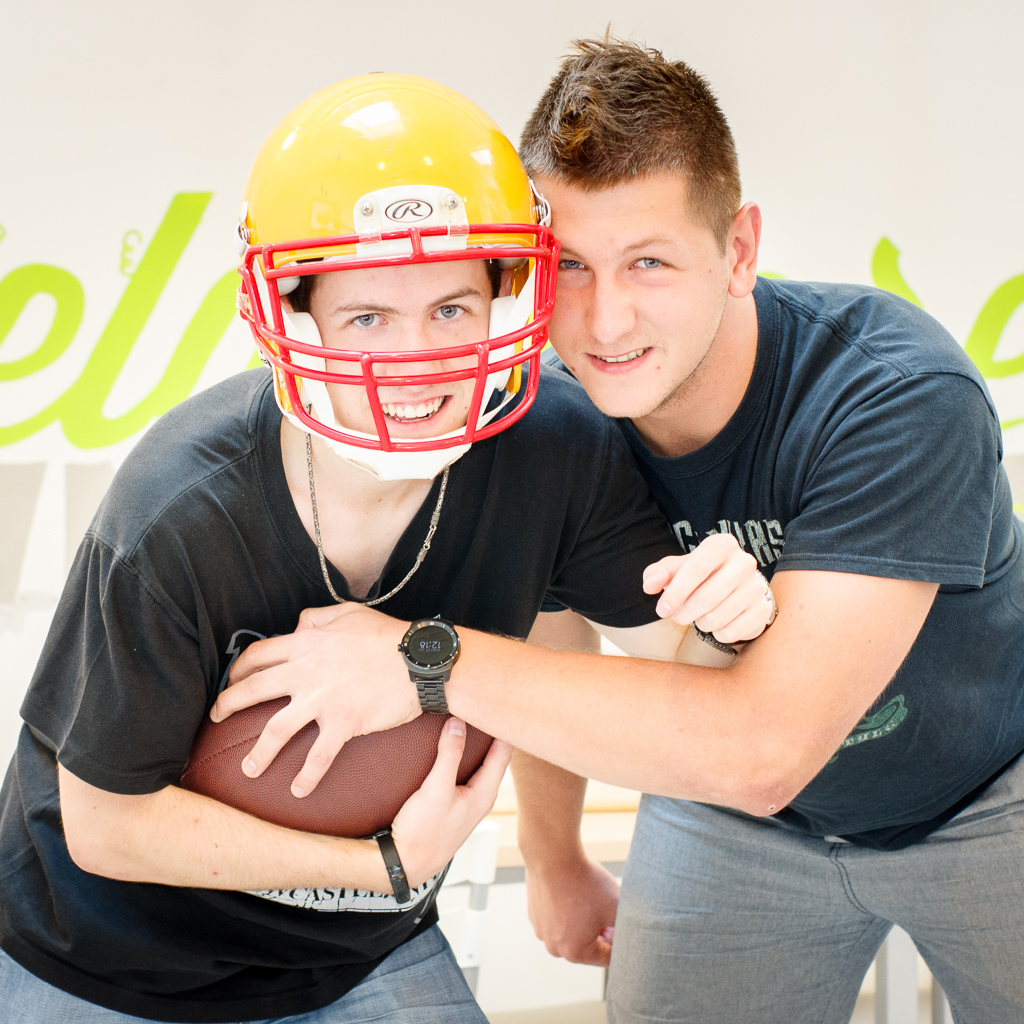 At Melon the environment is creative and supportive.

The two brothers have always competed with one another. But also they’ve learned to trust and share. Thus they have been learning and trying double the number of things only one of them could have. Now they complement each other’s experience and knowledge

For example, when Stefan got his master degree in Artificial Intelligence at the Sofia University, Martin thought that there is no need for him to go for the same program since his brother had already covered it. It was smarter to graduate with another specialty – Embeded Systems.

Stefan is the older one. He started at Melon in September 2015 as an Android developer. A month later his younger brother Martin followed him. Previously both worked at a mobile games development company. It was Martin’s first job while Stefan had five more years of experience with other employers.

They both graduated from the Spanish Language School in Sofia and then from the faculty of Mathematics and Informatics of the Sofia University.

The younger one, Martin, as a kid always liked computers. So he naturally followed his passion. And all that Stefan ever wanted was to create games. He had to choose between designing, i.e. drawing, and developing them. It was a simple decision since he just couldn’t draw so he went for mathematics and coding. As of today they are both developing a variety of Android applications.

At Melon, Stefan has worked on Dutch, German and internal projects. The vast majority used the phones’ GPS trackers to gather statistics of people’s location and movement. Martin also joined one of those projects meant to enable active people who ski or ride bikes for example to trace their itineraries. He also worked on a couple other projects.

The biggest challenge Martin has faced so far was with the GPS location project for sporty people. He is happy and proud to have been part of the problem solution that took more than a month. Certain data and stats were missing and no one could find why until the Melon Android team had their hands on it. The next big thing he would love to work on is virtual reality for mobile phones. His brother is consistent – mobile games.

Stefan says that at Melon he’s learned how to take both advantage of and responsibility for the freedom he is given. Choosing a certain architecture, he has to defend his decision on one hand, and on the other to deal with the consequent assets and drawbacks. He enjoys that he is able to use the GitHub as a source. Until joining Melon he hadn’t worked with it and now he is taking full advantage. He says that the Android environment is rapidly developing so for a year, since he started at Melon, he has been expanding his knowledge and skills with it.

As a junior developer, Martin also says that he has grown a lot – in terms of technical skills and know-how. He passed the Agile and Scrum trainings Melon offered him. Martin says that the list with the numerous everyday things he’s learned is indefinite. He wishes to be part of a project from its very beginning. So far he only had the chance to join at later stages and support the work in process. Martin would love to participate in the strategy design from the start.

Stefan would like to work as part of a bigger team in more challenging and complicated projects. He would love to be able to exchange knowledge and expertise with developers who work with other technologies, as well as with designers and other specialists.

At Melon, Stefan likes the best his colleagues. “Here I find many people who are open, friendly and ready to help. The environment is creative and supportive,” he says. He adds that he already knew that before arriving here, that’s one of the reasons he applied for the job. And his expectations were met. Martin adds that his colleagues at Melon are not only technically well prepared, but also they are very nice characters who he enjoys interacting with no matter if it’s work-related or not.

Both of the brothers wish for more entertainment equipment in the recreation area in the office.

The highlight of their leisure time is sports. For 9 years now Stefan has been playing rugby. Currently he is the captain of the Murphy’s Misfits. And Martin plays American football and soccer, his favorite Bulgarian team being PFC CSKA Sofia and his most favorite team ever worldwide – PFC CSKA Sofia.