My team is awesome!

Slavi Kalov joined Melon in the fall of 2016 as part of the cross-platform team.

He graduated from the High School of Mathematics in Burgas, got his bachelor degree in Computer Science at the Sofia University, and is about to finish his master’s degree in E-Business.

From playing professional poker to developing his own games

In high school, Slavi was a big fan of playing poker. He played often enough to earn his pocket money and it soon became his dream job. However, as he says, the game of poker changed and he stopped playing. Instead, he continued his studies more seriously.

Later, the game Flappy birds (you have to navigate a bird through a set of pipes) motivated Slavi to become a game developer. So, he and a friend of his created two virtual escape room games. Both had a great number of downloads, however, they didn’t bring much money and Slavi decided it was time to find a paying job.

Developing an educational app for a high school in Madrid

But before that, in his junior year, Slavi took a little detour. He was accepted for an internship at a high school in Madrid.  For six months, he was developing an educational application. He fell in love with the city, found new friendships and wishes to go back someday.

In 2016, Slavi was one of the mentors of a Danish IT-creative workshop for kids, hosted by Melon. So, naturally, when he started looking for a job, he checked for openings at Melon. Luckily, there was one for JavaScript game developer – exactly what he was looking for.

For the past year and a half, at Melon Slavi has been mainly developing gaming platforms – roulette, slot machines, bingo, etc. However, what he has set his mind on next at Melon is back-end development. Slavi is interested in exploring the programming world and sees it as a good challenge and opportunity.

When asked what he wants to improve at Melon, he replies: "Nothing. The sys admins’ reactions are fast, the administration is helpful, the reception people are nice and cooperative, and my team is awesome."

At Melon, Slavi has learned how to work in a team and leveled his communication skills up. Here, he likes the people the most. When told that everybody says the same, he exclaims: ”What? How many people answered that?” We are very happy that literally everyone says it. “Well, that’s because it’s true. The people create a nice atmosphere here,” he replies.

Slavi’s hobbies are baking with a lot of chocolate and playing computer games. Recently he started swing dancing. And he likes to travel a lot. 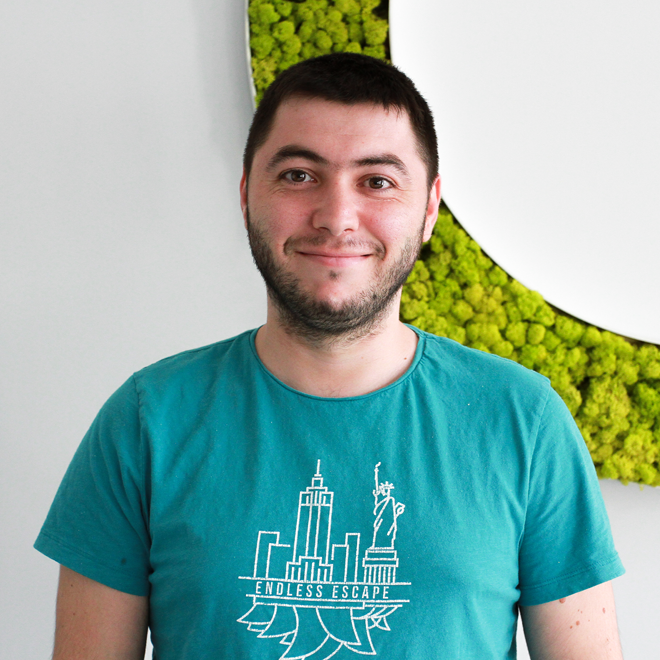