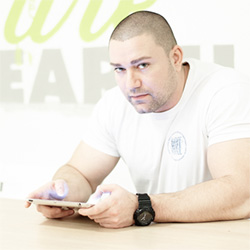 Deyan Nedkov – Dido started at Melon before there was Melon. Eight years ago he began as a quality assurance (QA) engineer at WebGate – a pioneer and leader in Symbian development that in 2008 merged with Melon Technologies to establish Melon. This was his first encounter with mobile apps and his second job after Gameloft.

Currently, he’s mostly involved with web projects, but also he has vast experience with web and mobile software solutions. Dido enjoys them all equally, especially if they are agile and involve business logic analyses. The web projects, he says, are usually way larger and their development takes longer. The mobile are trickier and more challenging because the more Android devices, the bigger the chance to have a problem with one of them. With any, Melon QA together with the software development teams have to come up with new and custom functionalities on the go.

Dido’s favorite project is a mobile app tracking people’s sports activities for a German client. He cherishes it the most because the client was results driven, fast and well organized. In response, the Melon mobile development team acted in exactly the same way, so for Dido it was the work process that won him over.

So far, he has worked with clients from Germany, the Netherlands, France, Norway, Switzerland, Bulgaria, etc. “It’s kind of hard to pin down only one country as the client’s origin,” Dido says. “The last one I worked with is based in Luxemburg but most of the people are in Spain and the budget is allocated from a third party”

The approach with each and every client varies. Dido says that most often it’s tailored made for them, based on Melon’s processes for troubleshooting, but sometimes, when they insist, we adapt to theirs.

For the last eight years at Melon, Dido says he’s developed his technological skill set. Ever since he started working directly with clients, he’s been able to compare Melon’s overall structure, attitude and approach with local and international entities. He says he’s fond of what we all have managed to accomplish internally – in terms of organization, processes and environment.

In his opinion, the biggest asset Melon has is the people. Dido says it’s always very nice working with them. To him, Melon is a great stress-free environment where one can grow and develop.

As part of the QA team, he plays a specific role – he guards and balances the interests both of Melon and the client. He says there are times when it’s not easy. But experience, know-how and soft skills are key in these cases.

What Dido wishes for at Melon is together with the rest of the QA team to get ISTQB expert certifications, which is anyway part of their midterm goals. He’d like to see much more automated testing. But, he says, this is not applicable for short-term projects.

Also, he’d like to be able to acquire new tech competence and to apply them to his every-day work.

Dido is studying Robotics at the Technical University of Sofia. At Melon he’s passed the agile training and some of the English courses and C# fundamentals.

In his free time, Dido loves travelling – both in Bulgaria and abroad. Usually, he takes long weekends and explores Europe thanks to the low cost flights. Every time it’s a different type of tourism – gastronomic, cultural or just a lazy vacation at the beach. Also, he goes very often to the gym and sauna. He also used to play volleyball and football with other Meloners. 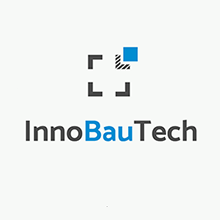 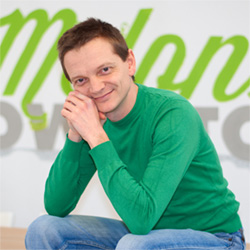