Melon Internship and What We Learned

Our seasoned developers - Dean, Miro, Stela, and Venelina - volunteered to act as their mentors. 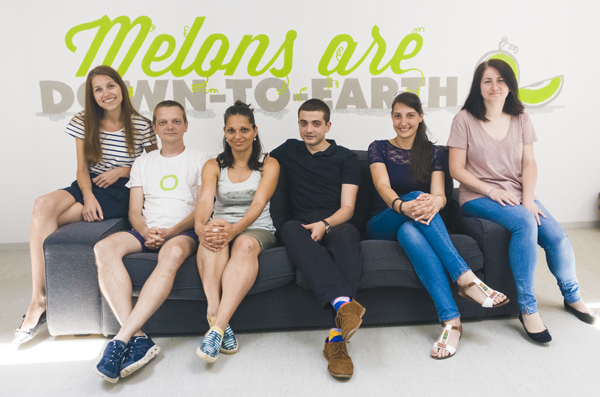 How did it go?

“The internship was a success, because we surpassed the kids’ expectations,” Dean says.

Melon’s team made those two weeks count for the interns. Exposing the students to a real work environment providing the students with a room for the team and the mentors arranged meetings, presentations and demonstrations.
The interns had different technological backgrounds, so each mentor had to adopt a particular approach. The two boys (Zahari Georgiev and Stoyan Ivanov) had previous experience with Android and they advanced fast.

Our Python and Raspberry interns (Nikoleta Dalakchieva, Ivan Ganchev and Velislav Velikov) began from scratch, but they surprised the team with their resourcefulness and completed the project with flying colors.

What did we teach them?

Melon’s team is proud of showing the students the importance of team work. Every member matters. “It is not OK for someone to slack off, because the others will have to work harder,” Miro says.

The mentors also taught them to be proactive. “At some point we left them alone and when they had difficulties, they would ask us for help,” Venelina says.

“However, we wish we could teach them the importance of using frameworks because the whole team can follow the development of a project,” Dean adds.

“And we wish we had spent more time with them,” Stela says.

What did we learn from the interns?

The mentors were thrilled that the kids knew how to break their work down into smaller subtasks, because sometimes developers tend to get lost, if they don’t plan each step properly.

The youngsters reminded our mentors to cherish their work. The interns celebrated every bit of progress while accomplished developers sometimes forget to appreciate the small victories.

“We learned that you first need to get to know the people before choosing the approach,” Miro says.

One of the interns decided to develop the application – Ocean Treasures – for iOS as well. It is a delight to see our team caring for the youngsters and inspiring them to keep coming back to our office for advice, even though they’re on a summer break. We wish them good luck and hope to continue seeing them around Melon!