Having an extra-long corridor in the office finally paid off as Melon’s relay team finished 33rd out of 117 teams in the charity Corporate Relay event yesterday in Sofia (Bulgaria). Part of Sofia Evening Run 2013, the relay invited teams of four people to run 5km each in one of Sofia’s most beautiful parks, Borisova Gradina.

Melon’s team consisted of (in order of the relay):

- Krum Hadjigeorgiev, our CEO who took one for the team being the first to start, together with several hundred other runners (he's the one in the blue t-shirt): 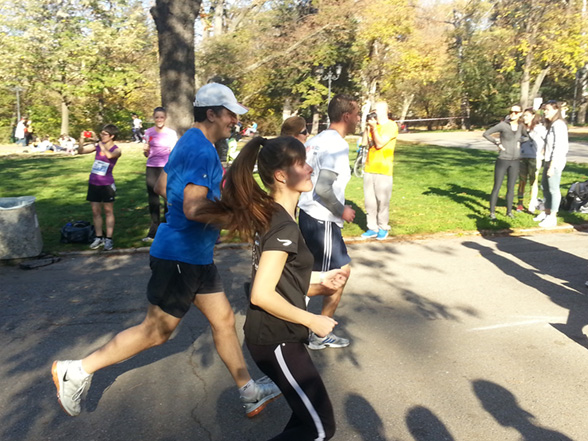 - Konstantin Delchev who runs on Ruby and Hawaiian shorts, though he’d probably rather be on his bicycle: 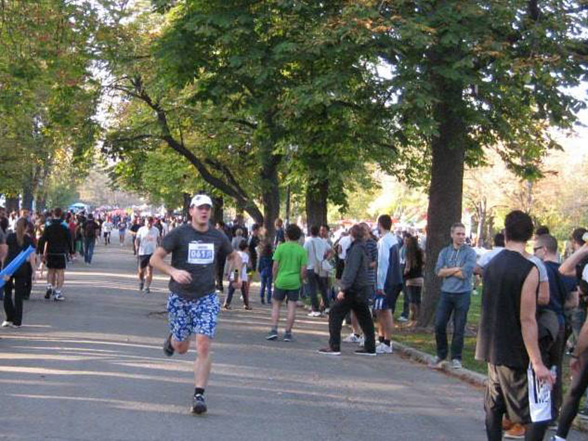 - Yane Kateliev (Sharepoint team) who proudly did not run over any absent-minded strollers appearing in his way: 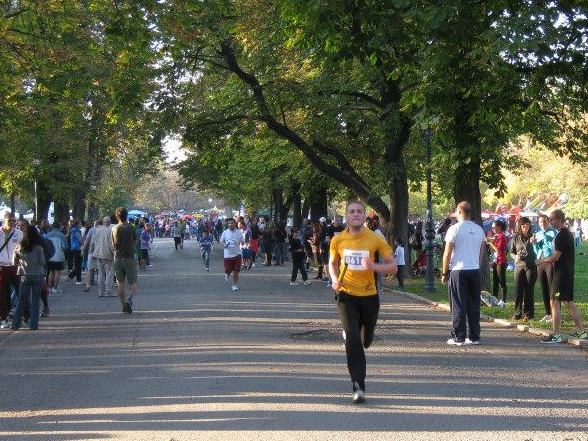 - Martin Mitev who’s big on .NET and, accidentally, chess. He also proved to be the fastest Melon that we know, breezing past our competition on the finish line: 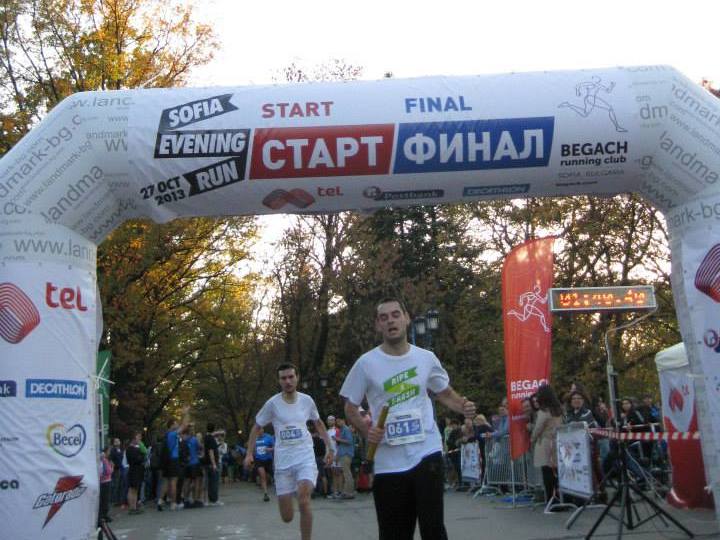 The results [begach.com/wp-content/uploads/2013/10/Relay.pdf] of the relay are great news for the software world, as the three fastest teams all come from the IT industry – the top 3 are SAP Labs, our friends from Musala Soft and DAIS Software, respectively. We are making history, in a way, putting an end to the old stereotype of the pale, skinny programmer under fluorescent light. The main thing is to keep on moving! 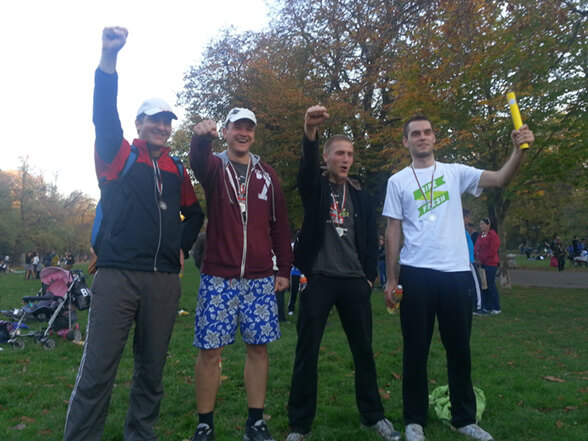